THE TONY AWARD®-WINNING MUSICAL IS COMING TO FORT MYERS APRIL 4-9, 2023

Monday, November 7, 2022 – TOOTSIE, the hilarious Tony Award-winning musical, is coming to Barbara B. Mann Performing Arts Hall at FSW for a limited one-week engagement from April 4 to April 9, 2023. Tickets will go on sale Friday, November 11 at 10AM online at www.bbmannpah.com, call (239) 481-4849 or in person at the Box Office.

The Comedy Musical TOOTSIE is part of the Fifth Third Bank 2022-2023 Broadway Series.

Call it “musical comedy heaven” (Rolling Stone). Call it “the most uproarious new musical in years!” (The Hollywood Reporter). Call it Tootsie! This laugh-out-loud love letter to the theater tells the story of Michael Dorsey, a talented but difficult actor who struggles to find work until one show-stopping act of desperation lands him the role of a lifetime. Featuring a hilarious Tony®-winning book by Robert Horn and an outrageously clever score by 2018 Tony-winner David Yazbek (The Band’s Visit, Dirty Rotten Scoundrels), this New York Times Critic’s Pick is “a joyful delight” (The Washington Post) that’s “so packed with punchlines, it should be called a jokebox musical!” (Bloomberg). “In these turbulent times, when the world seems out of balance, we need a place to let the good times roll,” raves Rolling Stone. “Tootsie is it!”

Tootsie is based on the story by Don McGuire and Larry Gelbart and the Columbia Pictures Motion Picture produced by Punch Productions and starring Dustin Hoffman. This production of Tootsie was licensed by Music Theatre International. The National Tour of Tootsie is produced and managed by TROIKA Entertainment. 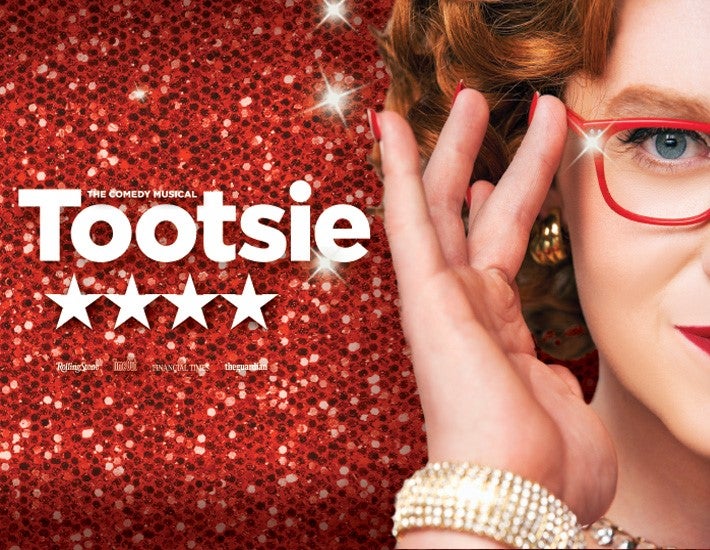