[FORT MYERS] (Monday, October 31 – 10AM) – The North American Tour Aragon is delighted to announce that tickets

Lucy Moss will go on sale Friday, November 4 at 10AM for 8 performances from Wednesday, February 1 to Sunday, February 5, 2023.

From Tudor Queens to Pop Icons, the SIX wives of Henry VIII take the microphone to remix five hundred years of historical heartbreak into a Euphoric Celebration of 21st century girl power! This new original musical is the global sensation that everyone is losing their head over!

SIX has won 23 awards in the 2021/2022 Broadway season, including the Tony Award® for Best Original Score (Music and Lyrics) and the Outer Critics Circle Award for Best Musical.

The SIX: LIVE ON OPENING NIGHT Broadway album debuted at Number 1 on the Billboard cast album charts and surpassed 6 Million streams in its first month.

SIX, which closed in March 2020 due to the pandemic on what was supposed to be opening night, is now playing at the Brooks Atkinson Theatre on Broadway in New York City. The show had a successful North American Premiere at Chicago Shakespeare in the summer of 2019. Prior to Broadway, the show played limited engagements at American Repertory Theater (A.R.T.) in Cambridge, MA, the Citadel Theatre in Edmonton, AB Canada, and the Ordway Center for the Performing Arts in Saint Paul, MN.

Cambridge University in early 2017. It was first presented as the Cambridge University Musical Theatre Society’s submission to the Edinburgh Festival Fringe later that year, playing a one-month run and featuring student actors. SIX went on to get picked up by UK Producers and a new production was mounted, with professional actors and a predominantly new creative team, at the Norwich Playhouse and then again at Edinburgh Festival in 2018. A limited engagement at the Arts Theatre in London garnered the WhatsOnStage Award for Best Off-West End Production and the show toured the UK in the autumn of 2018 before returning to the Arts Theatre and subsequently the Lyric Theatre on Shaftesbury Avenue. SIX is currently playing an open-ended run at the Vaudeville Theatre on the Strand. SIX earned five 2019 Laurence Olivier Award nominations, including Best New Musical. A UK and Ireland tour is now running concurrently with the London production. An Australian and New Zealand tour will launch this year at Sydney Opera House with dates set for Melbourne, Adelaide, and Wellington. 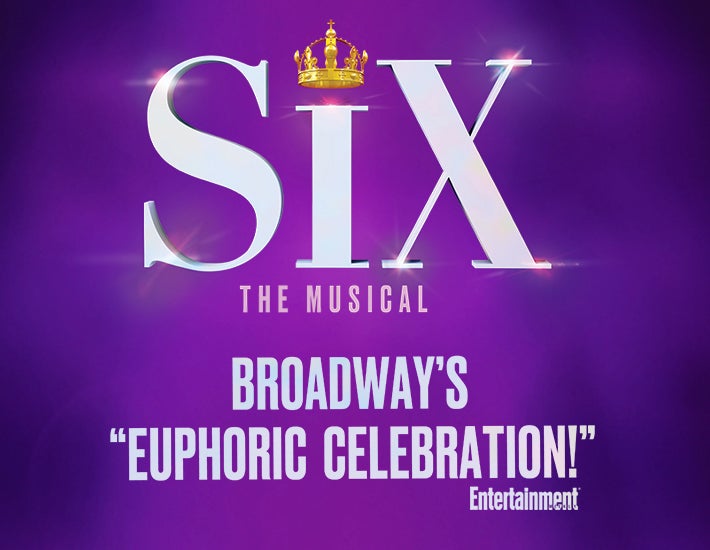