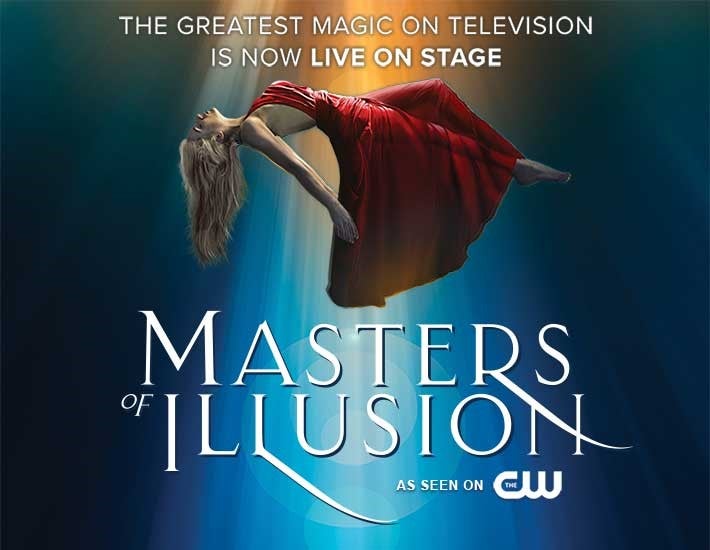 MASTERS OF ILLUSIONS return to Barbara B. Mann Performing Arts Hall at FSW on Tuesday, February 11 at 7:30PM. The tour stars magicians from The CW Network’s hit primetime television series, and features Dan Sperry, Farrell Dillon and Michael Turco.  Tickets are available at the Box Office, online at www.bbmannpah.com or charge by phone at (239) 481-4849.

These cutting-edge illusionists display skills that have taken a lifetime to perfect and include large-scale illusions, sleight-of-hand, perplexing interactive mind magic, comedy and dangerous escapes and audience members will be baffled by their astounding skills.  All performances of the show include some audience participation.

Masters of Illusionâ  has been presented across the U.S.A. and around the world including a recent one-year residency at Bally’s Las Vegas.  It has been seen by over 100 million viewers on The CW Network and in 126 countries.  Master of Illusionâ returns for its second consecutive summer residency at Harrah’s Lake Tahoe in its brand-new show for the whole family.