An Evening with Tedeschi Trucks Band 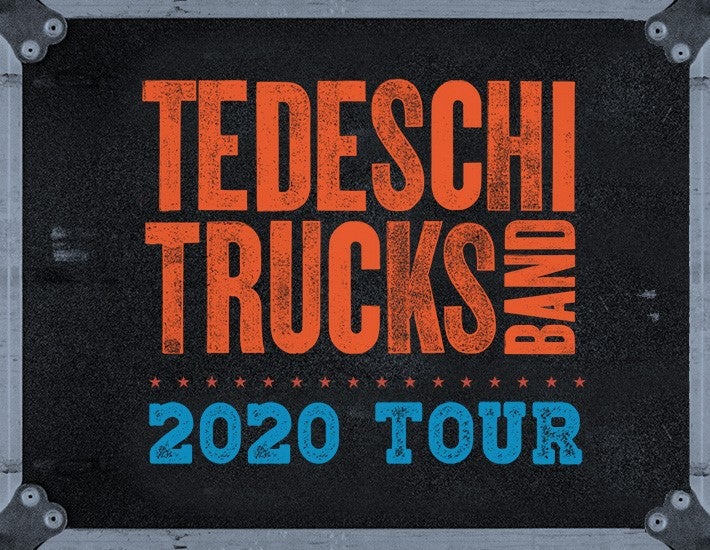 TICKETS ON SALE FRIDAY, MARCH 13 AT 10AM

The newly announced dates are:

Now celebrating 10 years together, the band is touring in 2020 behind their fourth studio album, Signs and companion EP High & Mighty. Commanding performances and exceptional musical chemistry – hallmarks of the can’t-miss-concert experience fans have come to anticipate live – are evident throughout. From uplifting soulful anthems, to bittersweet ballads and driving rock and roll, Tedeschi Trucks Band delivers a sound and message that taps tradition while also extending the edges of American music with a genre defying collection that is all their own.

“This band is really good at reinventing themselves every night,” Derek insists. “That’s how you keep things fresh. You don’t want to abandon the sentiment of a song, but you do want to be able to expand on it in new and exciting ways.”

From their steady rise as solo artists, to one of the industry’s most respected bands, Tedeschi Trucks Band’s commitment to their craft is exemplified in a discography that also includes Grammy Award-winning debut Revelator (2010), the live Everybody’s Talkin’ (2012), Made Up My Mind (2013), Let Me Get By (2016), and their combination concert film and CD Live From The Fox Oakland (2017).

Though the group will be off the road in March, TTB's own Mike Mattison will issue his second solo album, Afterglow via Landslide Records. Afterglow is an eclectic array of original material, solidly Americana, with touches of blues and rock 'n roll, due for release March 20.

“This is a special group of musicians,” Susan says. “All of these people we play with are extremely talented, and each of them could easily be fronting their own outfit. Everybody is so gifted, and we all realize how special this band is. We’re going to keep working hard at it and move it forward.”